How we can stop low pay?

Amy Murphy, president of the shopworkers USDAW unionOfficers from the Unison, Unite and GMB unions invited

Hackney is the 11th poorest borough in the country, and no wonder. A great many of the people who live here work in poorly paid sectors of the economy, such as care services and retail.

The USDAW shopworkers’ union says nine in ten of its members have not had a pay rise for the past five years. Three in four have to rely on pay-day loans, credit cards and borrowing from family and friends in order to make ends meet, and well over half have trouble keeping up with repayments.

This is not surprising. The legal minimum wage rises to only £8.21 per hour next month. Even the London Living Wage – one that few retailers and even fewer care service employers pay – rises to only £10.55.

This enables employers such as JB Sports, MacDonalds, Amazon and major retailers to make massive profits on the back of super-exploitative conditions. Even local councils, such as Hackney, hand out contracts to employers which they know pay lousy wages.

All the unions with members in low-paid sectors must work together to put an end to poverty pay altogether. Merely lobbying MPs and filing reports has clearly not stopped the poison of low pay.

Hackney TUC is launching a campaign across the borough that aims to bring low pay workers together in order to encourage them to: 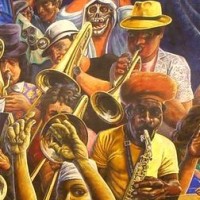